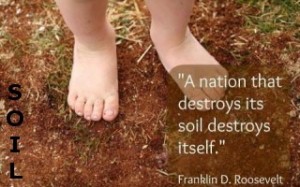 “For the true measure of agriculture is not the sophistication of its equipment the size of its income or even the statistics of its productivity but the good health of the land.”

― Wendell Berry, The Unsettling of America: Culture and Agriculture

Soil is not just a neutral medium in which to grow food. The nutrient density of the food we eat is directly influenced by the quality of the soil in which it is grown.

By Catherine Guthrie / October 2008: The Politics of Health

“We find some genetically modified crops are deficient in micronutrients, either due to genetics or the chemicals used on them to control weeds,” says USDA microbiologist Robert Kremer, PhD.

“Modern plant breeding hasn’t focused on nutritional quality,” says Craig Cogger, PhD, a soil scientist at Washington State University, in Pullman, Wash., “and, if you don’t focus on a trait, it tends to decline.”

The result of lackluster soil-management practices has been a precipitous drop in the nutritional value of the foods we eat every day. A 2004 study by a team of scientists from Kansas and Texas used data from the USDA’s archives to evaluate the nutrient content of 43 fruits and vegetables grown in 1950 and compared them with the identical fruits and veggies grown in 1999. Their findings were disturbing: Levels of calcium were down 16 percent, iron 15 percent and vitamin C 20 percent. Not a single nutrient had increased in the past 50 years.

GMOs Effects on the Soil

One of the other long-term concerns about GMOs is how they contribute to soil degradation. For instance, many GMOs are designed to grow closer together to increase a crop’s yield per acre. Angie Tagtow, MS, RD, LD, a dietitian and managing editor of the Journal of Hunger & Environmental Nutrition, likens the practice of jamming too many plants into the soil to that of raising cattle on feedlots: In the end, there just aren’t enough resources to go around. “By putting them in a more confined space, they must compete for those things that enable them to mature, like nutrients, water and sunlight,” she says, “all of which take a toll on the soil.”  Read more…

Another great article with references:
Declining Fruit and Vegetable Nutrient Composition: What Is the Evidence?

About the contributing scientists

Horizontal transfer of genes between soil micro-organisms may be facilitated by vector DNA from genetically engineered plants, resulting in such changes or disturbances in the functioning of the micro-organisms that soil ecology and fertility may be affected.

PSRAST calls for experimental studies to test this hypothesis. We conclude:

Considering this, we find that it is unjustifiable to continue the culture of any transgenic crops until it has been established experimentally beyond reasonable doubt that the proposed mechanism may not result in disturbances of soil ecology.

February 4, 2010. Because of the potentially serious implications of said mechanism, PSRAST suggests that a global moratorium on all cultivation of GMO organisms is immediately implemented.

The title of this article is “Genetically Engineered Crops – A Threat to Soil Fertility?”. The contributors include experts on soil ecology, soil biology, microbial ecology, horizontal gene transfer, genetics and agriculture. 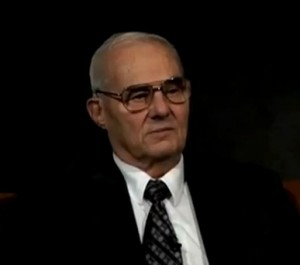 Dr. Don Huber is an expert in an area of science that relates to the toxicity of genetically engineered (GE) foods.

Dr. Huber also taught plant pathology, soil microbiology, and micro-ecological interactions as they relate to plant disease as a staff Professor at Purdue University for 35 years.