Our Food and Our Health

“According to the surgeon general, obesity today is officially an epidemic; it is arguably the most pressing public health problem we face, costing the health care system an estimated $90 billion a year. Three of every five Americans are overweight; one of every five is obese. The disease formerly known as adult-onset diabetes has had to be renamed Type II diabetes since it now occurs so frequently in children. A recent study in the Journal of the American Medical Association predicts that a child born in 2000 has a one-in-three chance of developing diabetes. (An African American child’s chances are two in five.) Because of diabetes and all the other health problems that accompany obesity, today’s children may turn out to be the first generation of Americans whose life expectancy will actually be shorter than that of their parents. The problem is not limited to America: The United Nations reported that in 2000 the number of people suffering from overnutrition–a billion–had officially surpassed the number suffering from malnutrition–800 million.”
―     Michael Pollan,     The Omnivore’s Dilemma: A Natural History of Four Meals

GMOs and Gluten Intolerance – Is There a Link?

Biotech industry scientists refute this claim, pointing out that the human digestive process destroys any traces that remain in food of the toxins used to kill insects on GMO crops.  However, a 2011 study by the Department of Obstetrics and Gynecology at the University of Sherbooke Hospital Center in Quebec found these toxins in the blood of 93 percent of pregnant woman and 80 percent of unborn babies. 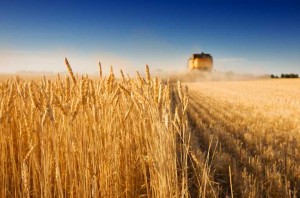 “What an extraordinary achievement for a civilization: to have developed the one diet that reliably makes its people sick!”
―     Michael Pollan,     Food Rules: An Eater’s Manual