A hearing is scheduled to be heard in the Health Subcommittee of the Energy and Commerce Committee in Washington, DC either December 9 or 10, 2014.

IF YOUR CONGRESSMAN IS ON THIS LIST it is important to get to them now.

We have labels that tell us if our orange juices is frozen or concentrate, why can’t we know if includes ingredients from genetically modified crops? Legislation introduced by Rep. Mike Pompeo (Kan), “Safe and Accurate Food Labeling Act of 2014” would deny Americans the right to know what’s in our food by prohibiting GMO labeling. 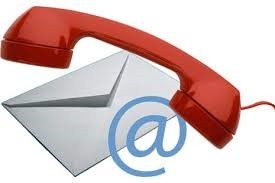 Ask your representative to join Peter DeFazio and the other 66 co-sponsors and support the DeFazio bill, HR 1699 the Genetically Engineered Food Right-to-Know Act, instead and provide labeling of GMO foods that maintain the threshold limits and other stipulations that the individual states have been lobbying for.  Pompeo’s “Dark Act” has 37 co-sponsors  and we want you to contact your representatives in Washington and tell them to support HR 1699,  introduced by Peter DeFazio and NOT the misleading HR 4432. Not one study has proven that GMOs are safe for humans to consume.

The so called “safety”studies that Pompeo and friends allude to actually show otherwise and raise some serious questions. As the Health Subcommittee of the United States here’s some facts to consider:  Genetically engineered crops, glyphosate and the deterioration of health in the United States of America

Look up to find your House Representative

We call it the “Dark Act” because it is intended to take away the state’s rights to labeling GMOs and leave us in the dark!  All the states that have worked and passed GMO labeling would be nullified if this passes.

Tell your representative we need toxicology studies and allergen studies the US is lax on requiring. Even the EU requires toxicology studies but even theirs have not been completed on combined stacked traits of these GMO crops. The government has not required studies on toxicity of the glyphosate and all the other chemicals used in the herbicide Round Up that most of the GMO crops are.

Independent studies show these “inert ingredients” aren’t inert at all and are 1,000 times more toxic than RoundUp alone.  How does this toxic combination affect our health when consumed in almost every processed food? Did you hear that glyphosates were found to bio-accumulate in human tissues, even in mother’s breast milk? Yes, the biotech companies mis-marketed their product to you when they told you it wouldn’t do that. I’m sure you can understand the implications of health and safety regarding bio-accumulating toxins.

When the decision was made to release GMOS to the public in 1992 without mandatory testing or labeling, it was the senior scientists at the FDA who objected to this. They were overridden by their non-scientist superiors. In part for this reason there is no mandated way to report problems with GMOs to the FDA as there is with drugs. 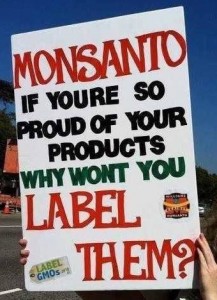 Organic Consumers – Washington DC Rally Here’s the scoop. Pompeo’s DARK ACT is up for a hearing on December 9 or 10 (the date hasn’t been finalized yet, but we need to start planning). OCA is working with activists in many states, including New York, Vermont, Maine, Connecticut, Massachusetts and Maryland, to bus people in to Washington on the date of the hearing. What will we do there? We will fill the hearing room and line the streets with consumers and citizens who will make it clear to Congress, the media and the Biotech Bullies and Junk Food Giants that we will not sit quietly by while Congress allows Monsanto to trample on our Democracy and poison our food without transparency or accountability.

If you can fill a bus from your area, OCA will pay the transportation. We are also organizing an organic lunch with speakers and the press, following the hearing. SIGN UP